Kettlefoot Rod & Gun Club was chartered in Tennessee in 1966. The
name “ Kettlefoot ” comes from the legend of a large black bear with paws the size
of a “ kettle ” that once roamed the local mountains. The Club was located on
property owned by the City of Bristol, Tennessee at the Old Sewage Plant where
Beaver and Steele Creek intersect onto Vance Drive. Thus, the reason for the
nickname “ Stink Hollow ”. Unfortunately, the club’s original location wasn’t large
enough to support the desired full-size Trap/Skeet fields, Rifle Ranges, or Pistol
Ranges.
The late Frank Thomas saw a classified advertisement for 100-acres for sale in
Washington County, Virginia. The question was how to raise the $16,000 needed
to make the purchase. The late James E. Nunley (attorney, friend and neighbor) of
Jim Lester suggested that the group form a corporation under the laws of Virginia
for the purpose of selling stock to raise the money. So it came to pass that on
February 26 th , 1971, Virginia’s State Corporation Commission issued a Certificate
of Incorporation to “ Kettlefoot Recreation, Incorporated ”. And on February 27 th ,
1971, all of the directors named in the Articles of Incorporation held an
organizational meeting. On March 22 nd , 1971, Kettlefoot Recreation, Incorporated
held its first meeting of stockholders. By this time, 154 shares were represented in
person or by proxy. Kettlefoot’s first Board of Directors included: K.B. Hurley,
Frank Thomas, James Nunley, Dick Wheeler, John Paty, Orahn Peoples, Buck
Dunlap, Sidney Wike, Jim Lester, and Elvin Boling.
The club went through a complete restructure/reorganization and on December 7,
2006 was incorporated as Kettlefoot, Inc . DBA Kettlefoot Rod & Gun Club.
With a Board of Directors and Officers, the facility as a private corporation now
operates as a true business and has seen expansion and improvements in all
disciplines.
Today , Kettlefoot, Inc . has 1100 + members, 4 Trap/Skeet Fields, 2 5 Stand
Fields , a 30 Bench covered 300 yard Center Fire Rifle Range, a 60 Bench covered
Rim Fire Rifle Range, a 25 Bench covered 25/50yd Pistol Range, 11 individual
Plinking / Pistol Auxiliary/Practice Bays, a covered Plinking Pistol Range, a 18
Bench covered Silhouette/Centerfire 200 yard Range and an Archery Range .
There is a nice, spacious club house available to the membership with a kitchen,
plenty of tables, and a beautiful fireplace with gas logs, and a separate Classroom
for NRA and Concealed Carry Classes. Over the years, the majority of the
surrounding land has been purchased for a total of 600+ acres.
We have under construction an indoor range to be completed October 2020 and a 7
Bench Covered 1000 yard range to be completed April 2021.
Because of the hard work of our founders and numerous dedicated members over
the past 50 years, we truly have a first-class facility. And by virtue of the love
given by so many shooters, hunters, and sportsmen, we proudly participate in the
proliferation of a small part of our American heritage! 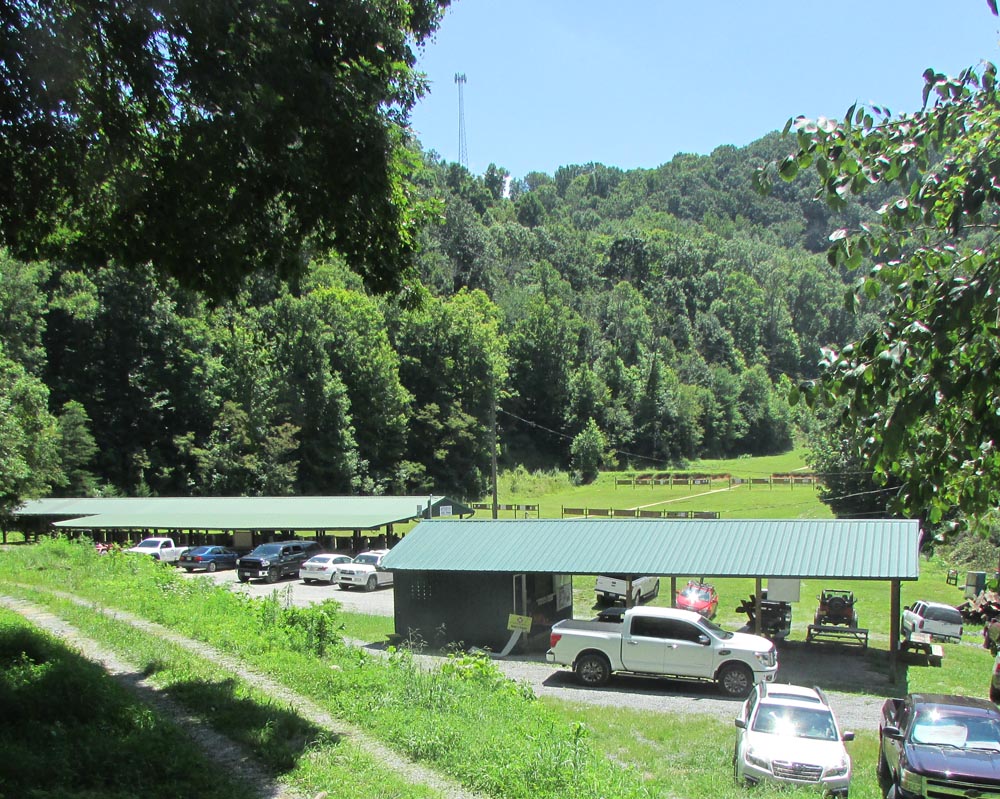